10 Foods that are clinically proven to Reduce Inflammation 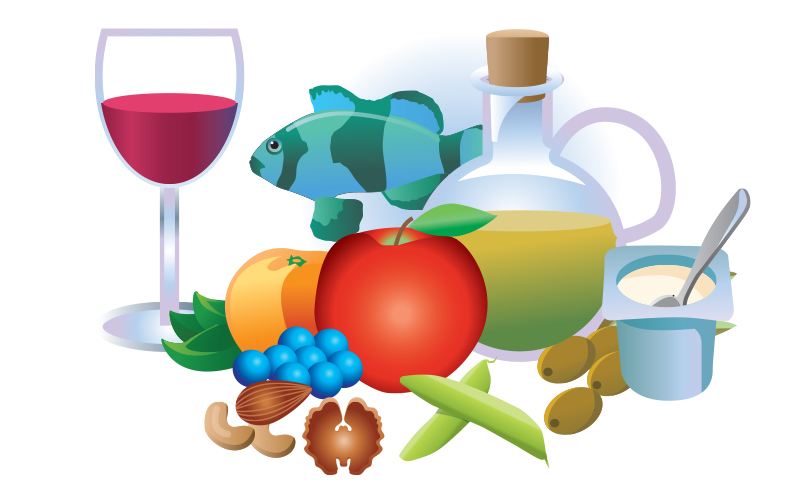 When it comes to pain relief, a good component should include a healthy diet, especially one that includes foods that are clinically shown to have pain-relieving qualities. While medication and other treatments may be the primary strategy, many experts say an anti-inflammatory diet may help, especially if you have a condition like rheumatoid arthritis. Changing what’s on your plate won’t be a magic cure, but an anti-inflammatory diet might lessen the number of flare-ups you have, or it might help take your pain down a few notches.

Inflammation causes pain, as it functions as an alarm, telling cells responsible for surveillance and protection to limit tissue damage. Individuals with chronic pain have higher levels of pro-inflammatory cytokines—cells responsible for triggering immune and inflammation response. Some foods can help lower the level of these proteins, much like anti-inflammatory drugs such as Ibuprofen. The difference is that not only can a good diet aid in pain relief, but also provide essential vitamins, minerals, proteins, amino acids and other healthy substances that help lower blood sugar and cholesterol levels, improve digestion, and increase your overall energy and emotional outlook.

The suggestions listed below can make a difference with pain caused by inflammation and oxidative stress. Adding one-to- two or more of these to your diet, and eliminating or taking out some of the processed and sugar laden foods you currently consume, could be a good component to feeling better.

Please Note: If you have kidney disease, please consult with a doctor before changing dietetic habits.

Olive oil is rich in monounsaturated fatty acids and polyphenols, much higher than other seed oils, which is why olive oil has more anti-inflammatory benefits. Newly pressed extra-virgin olive oil also contains oleocanthal a substance that some studies have shown to act in the same way that Ibuprofin works on inflammation, perhaps even better than Ibuprofen in certain circumstances.

Article from the CDC about Olive Oil and Inflammation:

The legume family consists of plants that produce a pod with seeds inside, such as lentils, peas, chickpeas, beans, soybeans, and peanuts. Legumes are loaded with health benefits. They’re very low in fat, have no cholesterol, and contain significant amounts of. They also have powerful antioxidants called polyphenols.

A study showed that non-soy legume consumption tended to have a significant effect on C-reactive proteins (CRP) and high-sensitivity (hs)-CRP. The C-reactive protein found in blood plasma, whose circulating concentrations rise in response to inflammation.

See highlights of the study:

Yogurt protein and the probiotic bacterium used to produce yogurt, such as Lactobacillus bulgaricus and Streptococcus thermophilus, have anti-inflammatory and immunomodulatory (stimulation or suppression of the immune system) roles. Daily yogurt consumption has been shown in some studies to be a safer alternative approach to treating inflammation in patients with chronic pain.

Goat cheese, or chevre contains only A2 casein, while cow’s milk has both A2 and A1 beta casein proteins. The A2 casein protein prevents gut inflammation, which in turn can prevent the formation of systemic inflammation. Feta cheese, which is made from sheeps’ milk, contains a protein called histidine. When histidine is combined with vitamin B6, it undergoes a molecular process to become histamine, a compound that provides anti-inflammatory benefits.

Grains such as oatmeal, brown rice, whole-wheat bread, and other unrefined grains may help with inflammation as some studies have shown a whole grain diet helps reduce body weight and decreased levels of circulating inflammatory markers (cytokines).

More about the CB2 receptor and its role as a regulator of inflammation. Click Here

Omega-3 fatty acids are types of polyunsaturated fats abundant in fatty fish such as cod, salmon, tuna, and anchovies. They are among the most potent anti-inflammatory agents. These supplements may help fight several types of inflammation including vascular inflammation. Not only are Omega-3s great for inflammation, they also help keep your heart healthy and protected against stroke. They also help improve your heart health if you already have heart disease.

Dietary fruits, especially berries are a rich source of several phytochemicals and nutrients, which may explain much of their physiological effects as antioxidants and anti-inflammatory agents. Commonly consumed berries, such as blueberries, raspberries and strawberries are a rich source of several polyphenols including anthocyanins, quercetin, and various types of phenolic acids. Research has shown these fruits have had positive outcomes in research centered on arthritic inflammation pain.

See Research published with the National Institute of Health

Plenty of research supports the anti-inflammatory effects of various types of nuts, including walnuts and pistachios. Walnuts are high in vitamin E, melatonin, and polyphenols, especially on the skin of the nut. Walnuts have a higher antioxidant activity than any other common nut, they contain omega 3 fat and Alpha linoleic acid, which positively affects blood pressure.

1: Other Foods that may give anti-inflammatory benefits include: